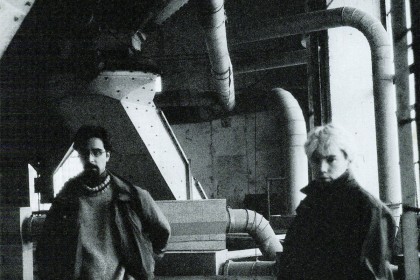 Formed in 1997 in Montreal, [The User] has attained wide international recognition in international media arts circuits. The Symphony for Dot Matrix Printers project has toured extensively on the international stage, while the ongoing Silophone project, active since 2000, transforms an abandoned grain elevator in the Port of Montreal into a musical instrument which is accessible the world over via internet and telephone. In 2008, [The User] launched the first in a series of homages to György Ligeti entitled Coincidence Engines.

The collective has been awarded numerous prizes and distinctions, including the Telefilm Canada Prize for Canadian New Media work (FCMM, Montreal, 1998), An Honourable Mention at Prix Ars electronica (Linz, 1999), an Honourable mention at Festival Interférences (CICV, Belfort, 2000), First Prize in the Performance Section of the FCMM (Montreal, 2001) and a Nomination to the Nam June Paik Prize (Kunststiftung NRW, Dortmund, 2004).

[The User] takes its name from a term employed by our technocratic society, especially in design-related fields such as engineering, architecture and software development. The term ‘user’ objectifies and reduces individuality to an abstract and generic ideal. This reduction is employed wherever abstract rational methodology is applied to situations involving real people. The precepts of mass production and the economies of scale necessitate a boiling down of the individuality of the subject, a reduction to generic anonymity and a constraining of the subject’s agency and creative possibility.